I’ve upgraded my 3 year old MBP with a fast SSD. I decided to install from scratch instead of migrating or cloning the old disk. The good thing is that everything is now fast and clean. The downside is that all customisations I did over the past years are also gone.

One thing I customised was shortcuts. I forgot how easy this can be done in OSX, so I’ll describe it below so others can benefit as well.

For example, I want the shortcuts in Terminal for Next and Previous tab to be CMD+right arrow, and CMD+left arrow. In Terminal you can see the default shortcuts for this in the menu: 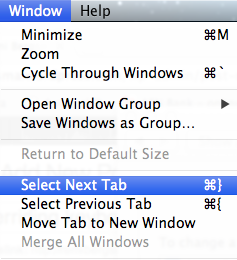 It looks ok, but you cannot directly press ‘}’ on most keyboards; It’s SHIFT+], so this makes the default shortcut CMD+SHIFT+]. I prefer a shortcut with just two keys. To change these you’d go to: 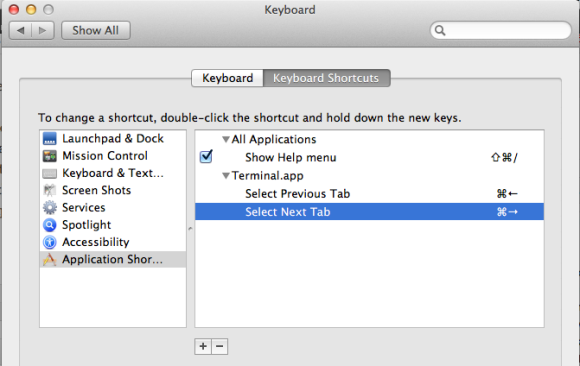 Now, go back to the Terminal application and have a look at the same menu as before. It should now list the shortcut you just added. 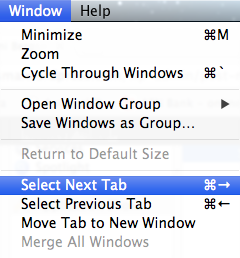 One thing to note, it that the shortcuts I used in this example, by default belong to changing windows instead of tabs. When you want to change windows in Terminal using a shortcut, you’ll need to add new shortcuts for these as well. Alternatively, you use the CMS+` shortcut which still cycles through your windows, it just cannot go back. For me this works ok as this works in any application.

Changing shortcuts in Mac OSX is easy and allows you to make them work exactly as you prefer. I’ve done this in Mountain Lion, but I believe this can be done in Lion as well.